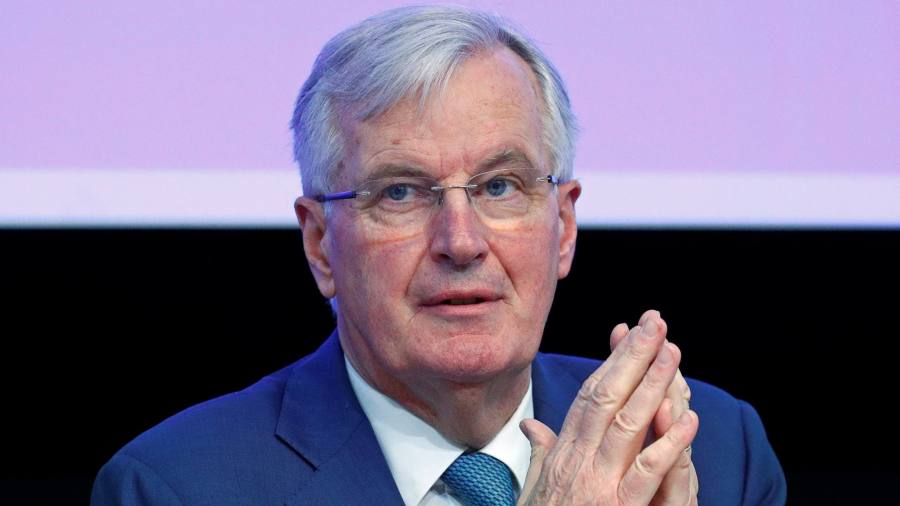 The EU has offered London a “unilateral exit” from the UK-wide parts of the backstop plan for Northern Ireland, with the aim of showing Great Britain would not be “forced into a customs union against its will” after Brexit.

Michel Barnier, the EU’s chief Brexit negotiator, informed EU ambassadors of a package of proposals offered to Theresa May, which Brussels will publicly announce even though they fall short of the UK’s negotiating demands.

The legally binding package of assurances aims to rescue Theresa May’s exit deal ahead of a House of Commons vote on Tuesday. According to diplomats briefed on the terms, it would include a “unilateral exit clause”, allowing Great Britain to break its customs union with the bloc as long as other parts of the backstop still apply to Northern Ireland.

Such a Northern Ireland-only backstop has been rejected by Mrs May in the past because it would create a customs border along the Irish Sea, dividing the UK’s internal market. In recent weeks Mrs May’s team sought alternative exit mechanism from the backstop, the part of the draft exit deal most hated by Brexiters, which would apply to the entire UK.

Mr Barnier told ambassadors that the EU proposals would underline that the EU had no interest in holding Britain in a customs union “against its will”, according to people familiar with the meeting. The EU has long preferred backstop arrangements only applying to Northern Ireland to enable the continuation of an open border on the island of Ireland.

Other proposals made by the EU include a legally binding interpretation of the withdrawal agreement, which would underline the temporary nature of the backstop plan.